THE TRAVEL BLOG by Nai and Lidia

Two hours later, we went to have lunch and we ate: paella, salami, potatoes and
banana. Then, we went to the river and did the analysis with the water of the river.

Three hours later, we made a ship and then we had a shower. The dinner was:
vegetable cream.

One hour later, we had a game with torch, it was very cool, but we didn’t playbecause it was raining and we played another game. Then, we went to the bathroom and brushed our teeth, went to the bedroom and had a good night.

Day:2
We had breakfast, it was delicious!
We had free time.

Then we had archery.

One hour later we had lunch we ate: chicken, lentils and jelly.

Then, we had free time and then we had the snack and we made a perfume.
It smells delicious!

One hour later, we had a shower. The dinner: soup and jelly and then we had discotheque! We danced a lot. Then, we brushed our teeth and had a good night!

Day:3
We had breakfast and then free time.
Then, we went to the slide and then to another slide. I preferred the slide number
2.

We washed our hands, we ate: macaroni, croquettes of jam and turnover.
Then, we worked on the layers of Earth and we went to the bus and watched the
movie of Trolls. 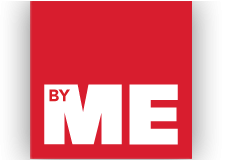